Highlights from the 2020 T3 Advisor Conference in San Diego

Highlights from the 2020 T3 Advisor Conference in San Diego 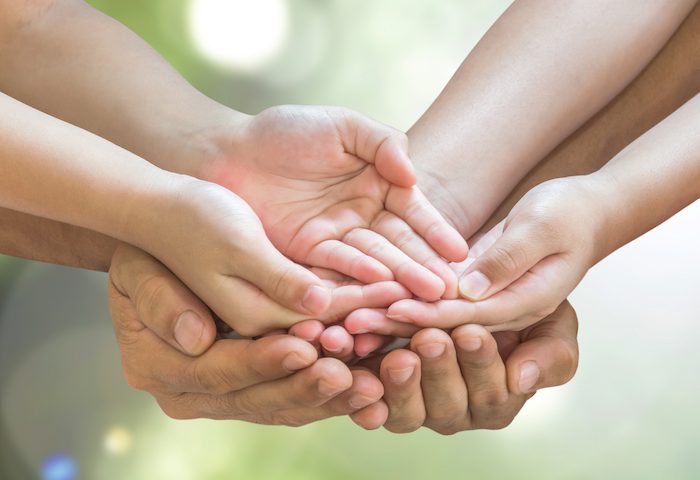 Every year, the T3 Advisor conference officially kicks off fintech announcement season. There are other notable industry events that happen before T3 in January, but it’s in mid-February when T3 comes around that anyone who spends their time watching advisor technology begins to expect some major news.

This year’s conference had its share, with no less than twenty companies using the event to announce a new integration, product launch, or feature. Even Morgan Stanley and Franklin Templeton announced their acquisitions of E*TRADE and Legg Mason, respectively, during T3 week (technically those announcements weren’t at the conference, but we’ll count them anyway).

With a move to San Diego, this year’s T3 had a little additional energy around it—both offline, as well as online.  Here are some of my favorite memories and recollections.

If you walked through the Emerging Tech area of the T3 exhibit hall, you likely noticed a few software companies touting Artificial Intelligence as a key differentiator.

Benjamin, a digital assistant software created specifically for advisors, was one AI-based technology that impressed me. The tool can schedule meetings for advisors, as well as automatically send client communications and continue conversations to save advisors time as well as offload some administrative tasks.

Another new entrant this year was FP Alpha, which used T3 2020 to formally announce its launch. FP Alpha is a financial planning software designed to analyze a current client’s plan and see where there might be gaps that need to be addressed. Rather than replace an advisor’s current financial planning software, though, FP Alpha is more of a complementary tool that enhances an advisor’s ability to see where they can add value in areas like tax or estate planning, or a dozen more areas.

The topic of AI also came up during conference sessions. For example, during the Women in Wealthtech session on the mainstage, Dani Fava of TD Ameritrade Institutional noted that when Amazon tried to use AI to scan resumes, it selected a disproportionate number of resumes from men over ones from women. In that case, it’s a glass-half full scenario: The AI had bias programmed into it, but it also gave developers of the program a chance to see and understand that bias.

I’m a half-skeptic/half-believer in AI. I see its potential, but also feel like its real-world usefulness for advisors is still in the early stages. So, I’m excited to see how these AI-powered software platforms will prove their value over the next several years, because the receptiveness towards AI is quickly shifting from “emerging” to “established.”

A BIG PLUS: MORE ADVISORS ON STAGE

T3 has always been a trade show for technology vendors who want to show off their new announcements. Typically, that setup leads to an agenda filled with demos, product roadmaps, and a lot of buzzwords like “innovation” and new “leading edge” features advisors can expect. As someone who’s been immersed in advisor tech for over ten years now, I enjoy those sessions and they’re a big reason why I keep coming back to T3.

But this year, I noticed a welcome shift to include more advisors on stage during the conference. For me, hearing from a real advisor on stage is a completely different experience than having a company spokesperson recite a few testimonials that have surely passed through the marketing and PR team members’ watchful eyes.

The first session, hosted by Riskalyze, eschewed the traditional presentation style where a CEO, product manager, or sales executive would talk through new enhancements. Instead, the Riskalyze team was joined by three advisors using the platform so they could discuss their own experiences and successes.

The other advisor-heavy session was one moderated by Joel Bruckenstein, the mastermind behind T3. Joel’s panel featured Teri Shepherd of Carson Group, Heather Fortner of SignatureFD, and Shannon Spotswood of RFG Advisory. The three executives shared their perspectives on the current state of advisor technology and how advisors can prepare their firms for unexpected disruptions. Each panelist expressed a unique vision about how the technology they’ve chosen for their firm has enhanced their growth. I don’t often wish for panels to keep going, but theirs was one session I would have listened to for twice as long.

FINDING THE PERFECT MATCH AT T3

As T3 2020 wound to a close, a question posed on social media caused a small stir: Out of the 800 or so registered attendees at the conference, just how many were actual financial advisors? Marie Swift, whose Impact Communications’ team helps with much of the conference planning, PR and promotions, spoke out on Twitter to reveal that the advisor attendance was actually quite high — she said that day that approximately 350 advisors registered, making up almost half the total number.

We have since learned from Swift that the actual numbers were 798 people attended with 363 of those being advisors.

If the advisor representation at T3 felt lighter than that, I have a few theories about why.

Of the advisors I met this year, both first-timers and returning, all of them told me that they were attending because they had a singular focus. They knew what technology they wanted to add or swap out in their firm, and they had one or two technology vendors (or types of vendors) they wanted to see.

My guess is that the typical T3 advisor comes with a similar goal to the group I met. They aren’t there to be a window shopper, so they won’t be trekking around the exhibit hall from one booth to the next getting their dance cards stamped.

Instead, they get an in-depth conversation with the company they really want to see, attend a few sessions that truly interest them, and spend the rest of the time enjoying perfect weather in San Diego—while also keeping up with nonstop email and ongoing work from back home.

The advisors I ran into in the hallways and at the closing night FinTech Party, where we compared notes while mingling on the rooftop bar at one of  San Diego’s best nightclubs, gave me rave reviews — and so did the exhibitors who had found their perfect-match prospects over the course of the three and one-half day event.

And a final note: While the tech I saw left me optimistic for the future of advisory firms, what encouraged me most was the attitude of giving I witnessed in various philanthropic efforts during the week.

Click to watch 4-minute video of Tyrone dropping off the “packet of love” at youth services building.

Additionally, Tyrone arranged for Father Joe’s Village to come by the event venue (the Marriott Marquis San Diego) to pick up left-behind (used once) flat screens, cords and miscellaneous other useful items the exhibiting companies did not want to ship home.

Another amazing give-back came in the form of the third annual T3 Student Fintech Competition. The students participating were given scholarships funded by attendees, with the donation drive and some significant seed funding by J.D. Bruce and Abacus Wealth Partners.

Click here to learn more and to donate to the T3 student scholarship fund.

I hope I continue to see a similar approach to giving back and supporting local communities at the rest of the conferences I attend this year, and beyond.

Overall, T3 remains a destination spot on the advisor conference circuit. If you want the chance to get extended, one-on-one conversations with technology companies, their developers and executives, there’s not another event that provides quite the same experience.