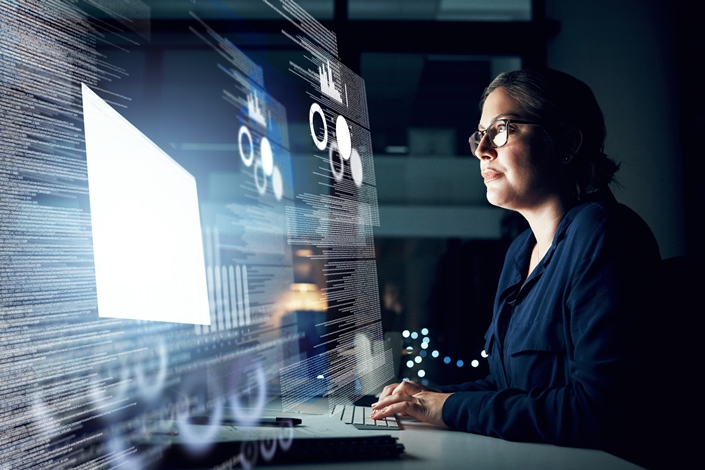 Fidelity® Institutional announced that it will launch Fidelity Managed Account XchangeSM (FMAX), a comprehensive wealth management platform that will consist of advisory tools, programs and services, and investment products from Fidelity and some of the industry’s leading asset managers. According to Gary Gallagher, Head of Investment and Managed Solutions for Fidelity Institutional, this new, open architecture platform will deliver deep integration with eMoney Advisor, LLC and access to leading investment and technology solutions, plus Fidelity’s robust service and a simplified client experience. FMAX is expected to begin rolling out in 2020 and will enable advisors to develop and deliver advisory solutions to their clients. The platform will offer end-to-end advisory capabilities and leverage deep integrations between Wealthscape, eMoney, and Envestnet, enabling advisors to plan, propose, invest and report in one streamlined workflow.

The target market for this offering is broad. Fidelity believes that it will be of interest to independent broker dealers, independent RIAs, banks, and family offices.

With an increasing number of firms offering or planning to offer a managed account platform, I asked Gallagher why now, and what makes Fidelity’s offering different. As for why now, Gallagher says that there has been significant demand from Fidelity clients for such a solution. Fidelity believes that they are uniquely positioned to offer a solution because they can provide a true end-to-end solution that includes financial planning from eMoney, brokerage/custody & clearing, plus investment expertise. “There’s been a clear shift in demand toward both planning-led experiences and fee-based business models, and managed accounts can help advisors deliver on both,” said Anthony Rochte, head of Fidelity Institutional’s Investments and Technology Group. “Fidelity is building on our significant experience and proven success in the managed accounts space with this new offering, which should make it easier for advisors to efficiently access and manage a range of investment solutions from both Fidelity and third-party providers.”

FMAX will offer advisors the ability to guide their clients through every life stage, beginning with their first investing experience and continuing through when they have potentially accumulated more wealth.

Advisors will be able to offer clients a full continuum of service, ranging from digital to full-service, and personalize their offerings based on their capabilities and preferences. Over time, the platform is expected to also offer the flexibility to support both planning-oriented and non-planning managed account users, with digital services offered through Fidelity Automated Managed Platform (AMP), Fidelity’s award-winning, planning-led digital advice solution co-developed with eMoney.

Fidelity has also filed an ADV with the SEC for Fidelity Institutional Wealth Advisor. This will allow Fidelity to act as a sponsor of a managed account platform – something they could not previously do.

Fidelity envisions differentiating from the competition in other ways as well. According to Gallagher, some of the leading providers of managed accounts today have manager listings that are too extensive. Clients are looking for a more curated list of managers, and Fidelity has the expertise to deliver curated manager listings. This list will include proprietary Fidelity offerings, as well as offerings from leading third-party managers. Fidelity also hopes to differentiate by offering both platform and investment consulting to those clients who need it.

While it can be argued that this offering makes a lot of sense from Fidelity’s point of view, it must create some friction with Envestnet, a firm that has long partnered with Fidelity to offer a managed account solution as well as other solutions to Fidelity clients. Gallagher played down this suggestion, and he pointed out that Envestnet will power at least part of this new offering.

When I asked Envestnet CEO Jud Bergman about this, he told me, “In the end, this development will be advantageous for advisors because they will have more choices.” While that may in fact be true, it is impossible to envision a scenario where the Envestnet/Fidelity relationship remains the same. Envestnet and Fidelity will now be competing directly for clients in the future, and they are both attempting to serve up the whole software value chain to clients. The main difference going forward will be that Envestnet does not offer custody and clearing, nor do they offer proprietary investment products. Depending on one’s point of view, that can be a positive or a negative.

Since the Fidelity offering will not even launch until next year, it is a little premature to project how this will play out, but a few things appear clear. One is that this is in large part a battle to decide who will ultimately control the advisor workstation. Fidelity and Envestnet are two of the firms that are very well positioned in this battle, but they are not the only ones. You will likely see other firms expanding horizontally and encroaching on what was previously considered each other’s turf in the future. Another thing that is clear is that despite public denials from both sides that there will be friction going forward in the Envestnet/Fidelity relationship, it is difficult to envision a scenario where this will not be the case.

Increased competition between Fidelity and Envestnet could be good news for advisors, but it could also complicate matter for firms that rely on products and services that are currently being offered up jointly by the two firms. It will be quite interesting to see how this plays out over the next several years.