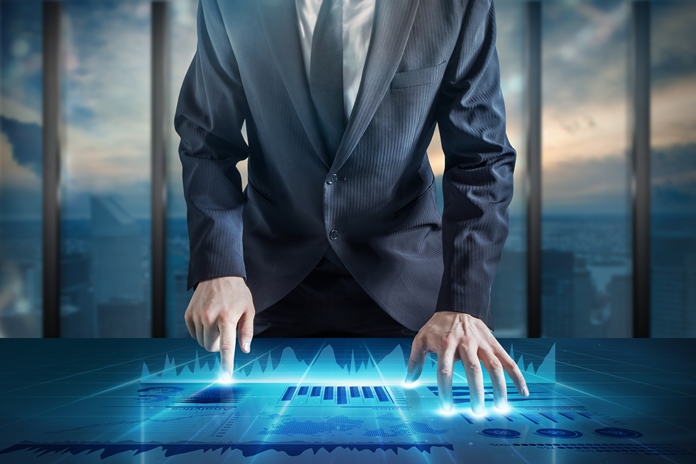 Two years ago, Fidelity Clearing & Custody SolutionsSM (FCCS), released their first eAdvisor study. The study instantly became a favorite of ours because it clearly indicates the benefits that modern technology conveys upon financial advisory firms who use it correctly. Fidelity has now released new findings on the use of technology by financial advisors in the Fidelity 2016 eAdvisor Study.  In this study, Fidelity found that since it first identified a subset of tech-savvy advisors – dubbed “eAdvisors” – in its 2014 study, the number of advisors capitalizing on technology solutions has increased by 10 percentage points, from 30 percent of the advisor population in 2014 to 40 percent in 2016. On average, eAdvisors are using twice as many different technologies as their peers, and they are also using these technologies more deeply within their businesses.

While eAdvisor ranks are growing, they still represent only 40% of advisors surveyed, and eAdvisors are outperforming their tech-indifferent peers. According to the study, eAdvisors had:

What’s more, the study shows that eAdvisors are running their businesses more strategically. More than half (54 percent) have client segmentation strategies, versus 40 percent of “tech indifferent” advisors, and indicate this contributes to enhanced productivity and asset/revenue growth. eAdvisors are also more likely to be planning for the future by serving more Gen X/Gen Y clients and planning to augment their services with digital advice within the next two years.

“Advisors who embrace technology are going to be the ones who scale, grow and ultimately win,” said Tricia Haskins, vice president, practice management and consulting, Fidelity Clearing & Custody Solutions. “While there’s still a lag in adoption, it’s less about the lack of appetite for technology, and more about not knowing where to begin.  We believe advisors who can visualize what their clients’ end experience will look like, and map technology from there, will achieve the deepest and most tangible business results.”

Based on the 2016 eAdvisor study findings, Fidelity identified four best practices that eAdvisors tend to employ for greatest impact:

1.  Embrace a strong online presence to generate leads and engage with prospects and clients

Why it matters: A firm’s website is often the first point of contact. On average, millennials with household incomes of at least $100,000 spend 53 hours online per week and 80 percent of high-earning millennials say that they have a more positive impression of financial advisors who have a good website. Maximizing the impact of these online interactions is crucial.

2.  Use technology to both simplify and enhance the client experience

Why it matters: Fidelity research shows that investors are more likely to recommend advisors who efficiently incorporate technology into their services and use it to enhance their offerings. This includes solutions like paperless tools, which investors find time-saving and more accessible].

3.  Take advantage of technology solutions to create a holistic view of clients’ lives

Why it matters: Using data aggregation tools to show clients a complete look at their portfolio is beneficial for successful goal-based planning, as well as for providing ongoing advice. Clients with a formal financial plan were seven times as happy as clients who were not provided a plan by their advisor.

4.  Communicate and collaborate via technology to maintain and deepen client relationships

Why it matters: Technology streamlines communications for both advisors and clients, and also makes clients feel more involved with decision-making. Fidelity research shows that clients are more likely to recommend advisors who use technology to encourage client/advisor collaboration4, and 81 percent of eAdvisors feel technology has improved their ability to effectively communicate and engage with clients.

Fidelity developed a brief quiz for advisors interested in learning how they stack up on the “eAdvisor” scale. This interactive resource asks advisors about their use of technology and, based on their feedback, identifies opportunities for integrating technology more deeply into their practices.

To learn more about eAdvisors, including the key behaviors they exhibit and associated business results, view Fidelity’s white paper “Setting the Pace: How eAdvisors Elevate the Client Journey and Outperform Peers.”